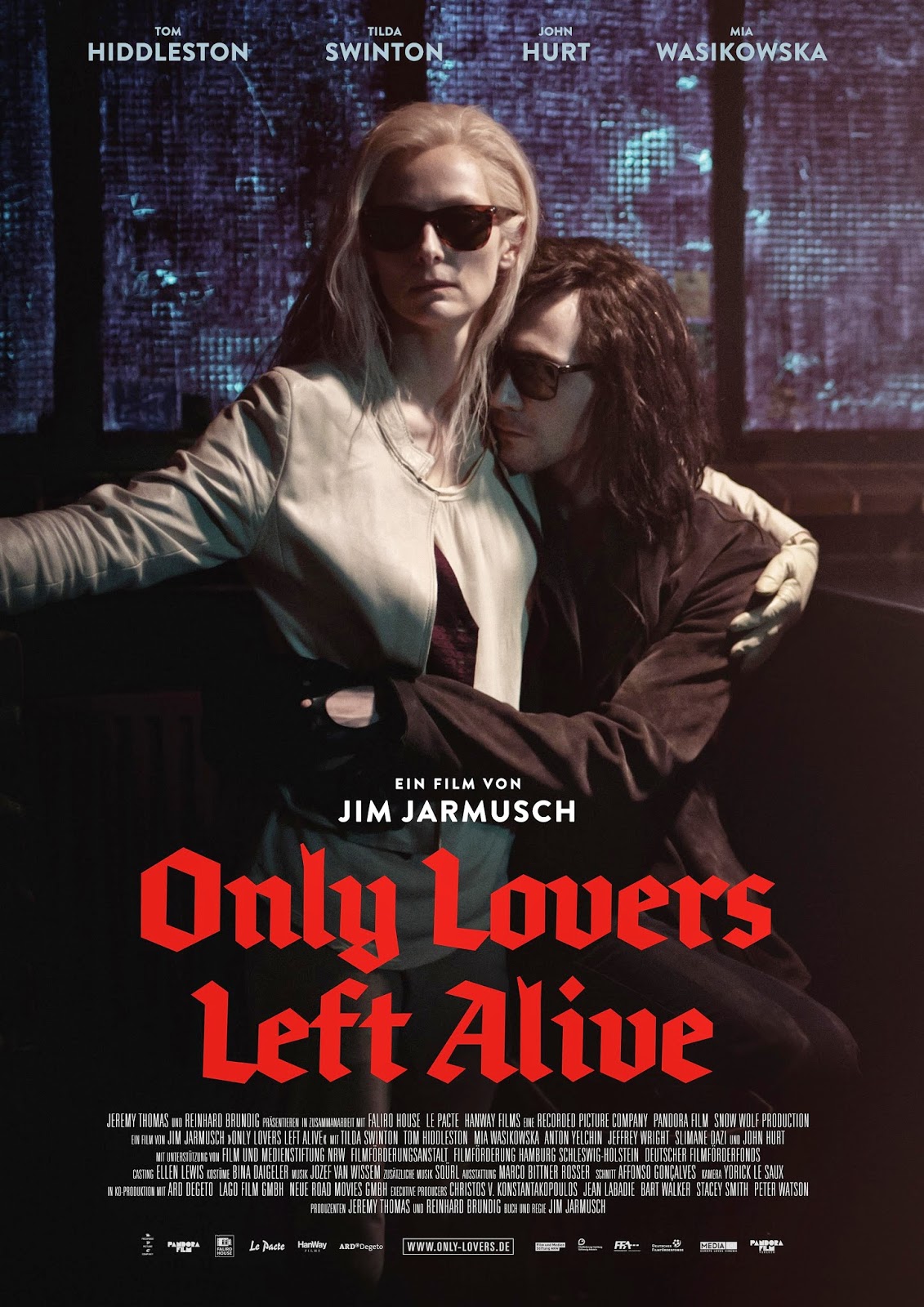 Famed indie film director Jim Jarmusch returns to the big screen with his vampire musings in Only Lovers Left Alive. Only Lovers Left Alive honors many of the "rules" of vampire lore (vampires only come out at night, they have to be invited in, etc.), film buffs will quickly realize this film has more in common with mumblecore than horror.

Only Lovers Left Alive follows two vampires in particular married couple Adam (Tom Hiddleston) and Eve (Tilda Swinton, who is having one heck of a year). There is no symbolism in their names, I'm sure. Adam spends his nights in Detroit recording discordant music, presumably that played on the soundtrack. Eve, however, lives on the other side of the globe in Tangier, where she cavorts with other vampires and reads the world's great literature. The two are hundreds of years old, and have been married so long they can live apart and still feel in love. Like many Jarmusch films, Only Lovers Left Alive isn't really about plot, but rather tone and moments. Here, two lovers - having lived through history and experienced much of the world's great art - try to reconnect and find new things to talk about.

The film boasts gorgeous cinematography and lighting. Retro, analog recording equipment juts up against iPhones and electric cars. Detroit is the perfect city for large segments of the film to take place in, as it is a place of cultural and economic history with an as of yet undetermined future. At two hours, one can't help but wonder if a few trims couldn't have been made to the film, particularly in the first half. Such a suggestion is undoubtedly blasphemy to many Jarmusch acolytes.

Throughout the film there is always an underlying sense of violence, simply because of the nature of the lead characters. Jarmusch, not being an action director, doesn't capitalize on these moments of tension in any way a traditional horror or thriller film might.

It's a quiet film that is engaging in bursts, particularly in the second half of the film. Cinephiles and hipsters will likely appreciate what Only Lovers Left Alive has to offer. Horror fans... they won't know what hit them.