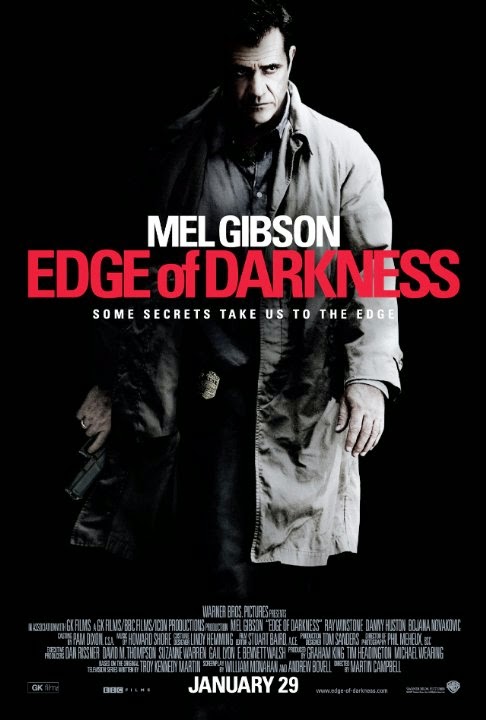 Mel Gibson & Co. take us to The Edge of our Seats... for the most part

Edge of Darkness directed by Martin Campbell is a competent action/thriller that delivers on its promise, but one can’t help but wish it was a little “more.” The film follows Boston Detective Thomas Craven as he tries to find his daughter’s killer. What originally seemed to be a botched drive-by shooting by some hoods trying to rub out Craven, might actually go much deeper and Det. Craven might not have been the intended target after all. Mel Gibson stars as Tom Craven in his “return to acting” and it is a solid performance as a bereaved father out for revenge. Revenge thrillers certainly are familiar territory for Gibson (Mad Max, Lethal Weapon, Payback, Ransom), but the movie worked for what it was. This movie is by no means a game changer but as decent entertainment, it works. Ray Winstone plays a solemn version of the Cigarette Smoking Man, and turns in a solid performance as always.

What is most frustrating about this film is overall story arc. While the film itself is solid, I can’t help but feel that some storylines could have been more fleshed out, and others dropped. The script seems torn between wanting to be a straight up Mel Gibson ass-kicking revenge flick and being a spy thriller. It even has some of The Departed thrown in for good measure and (MILD SPOLIERS!) the ending combines The Departed and with a dash of the Watchmen. Thank goodness there isn’t a rat to symbolize obviousness in the final shot… (END SPOILERS) It is no surprise then that The Departed scribe William Monahan scripted the film with Andrew Bovell doing a rewrite. The film then seems an odd mix, albeit one that works for the most part, of The Departed, an Intense Spy Thriller, and a Father’s Revenge Story. These conflicting directions likely stem from the trifecta of Monahan, Campbell (director of Bond films), and Gibson each providing a different angle to the film. All of the players are certainly competent, but the film would have benefited from focusing on one the directions that are present in the current film.

That said, those expecting a Mel Gibson thrill ride will probably be pleasantly entertained.

Finally, I would like to note this film also does reflect the modern discontent in America to some level. While it does not have a specific message per se about America, one of the last lines is “America deserves better” before an act of violence is committed against a very “top” kind of person. Combined with negative view on corporations and a Wall Street: Money Never Sleeps trailer before the film, it’s clear film in general is reflecting America on the Edge of Darkness… maybe that’s the most insightful thing of the whole picture.