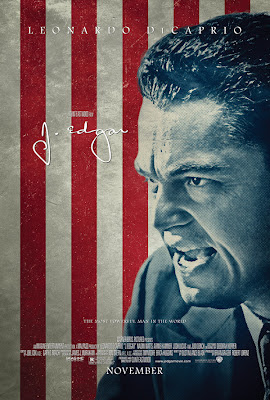 It’s never fully explained why J. Edgar Hoover (Leonardo DiCaprio, Inception) is such a tightly wound screw in Clint Eastwood’s J. Edgar.  It is almost as if there is a piece of the puzzle missing. Many facets of his personal life are explored: his father had some sort of nervous breakdown, he had a co-dependent relationship with his mother, and he had to hide his sexuality from all but a few in his inner circle, which consisted mainly of his lover Clyde Tolson (Armie Hammer, The Social Network) and his secretary Helen Gandy (Naomi Watts, 2005’s King Kong).  Hoover was also a great egoist and a paranoiac for the ages.  It’s fitting in a poetic way that his career would end at roughly the same time another of America’s great paranoiacs would rise to power: Tricky Dick Nixon.

The film weaves the personal and professional stories by having Hoover recite his tale to a biographer as a framing device.  The tale weaves from present day (about 1972 in the film) and covers many of Hoover’s “greatest hits” most importantly two specific cases: the 1919 bombing at the home of a Bureau of Investigation chief and the kidnapping of Charles Lindbergh’s son.  The first case was a personal one.  The home in question was owned by Hoover’s mentor and confirmed his already simmering distrust of communists.  The second was professional.  The Lindbergh kidnapping allowed for the expansion of the fledgling FBI’s power and vindicated their, at the time, misunderstood forensic techniques.  Yet through all of this, Hoover remains an enigma.

The film is well-made and interesting, but lacks a clear stance on its main character.  The film should be applauded for not explicitly vilifying or glorifying a complex man like J. Edgar Hoover, and also for avoiding showing his personal demons as the result of one specific incident (as in The Aviator, Howard Hughes’ OCD is explained by his mother’s obsessive washing).  At the same time, the film does not seem to be able to bridge the divide between fictional drama and factual documentary elements.  It resides somewhere in the no-man’s land.  If the film’s sole purpose was to bring awareness of an important historical figure who wielded tremendous power and even, as depicted even blackmailed political figures, the material might have been best served as a full on documentary. 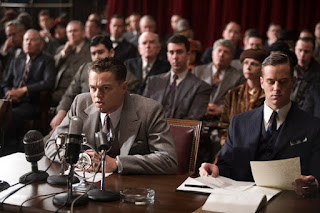 The film is shot in muted colors in order to emulate the “feel” of a black and white picture.  Period crime films occasionally appear throughout, often based on “ripped from the headlines” events.  The makeup is hit and miss in the film.  DiCaprio’s aging Hoover is passable, but famous rivals such as Robert F. Kennedy and Richard Nixon reside somewhere in the uncanny valley of “kind of, but not really.” Armie Hammer’s elderly Clyde Tolson looks as if he has an extra quarter inch of skin. Interestingly enough, the only Hoover rival depicted through archival footage is Martin Luther King, Jr.

At the end of the film, I was left thinking “well that was some stuff that happened” and nothing more. Though I had fun watching the film (it was well made, and I learned a few presumably true facts about Hoover), it was also a hollow experience that left me with nothing to think about the man or his impact on American society.

Completely unrelated: At the showing of J. Edgar I attended, the theater ran a trailer for a movie with the tagline “now available on Blu-Ray.”  Isn’t that a bit like advertising for a competitor?