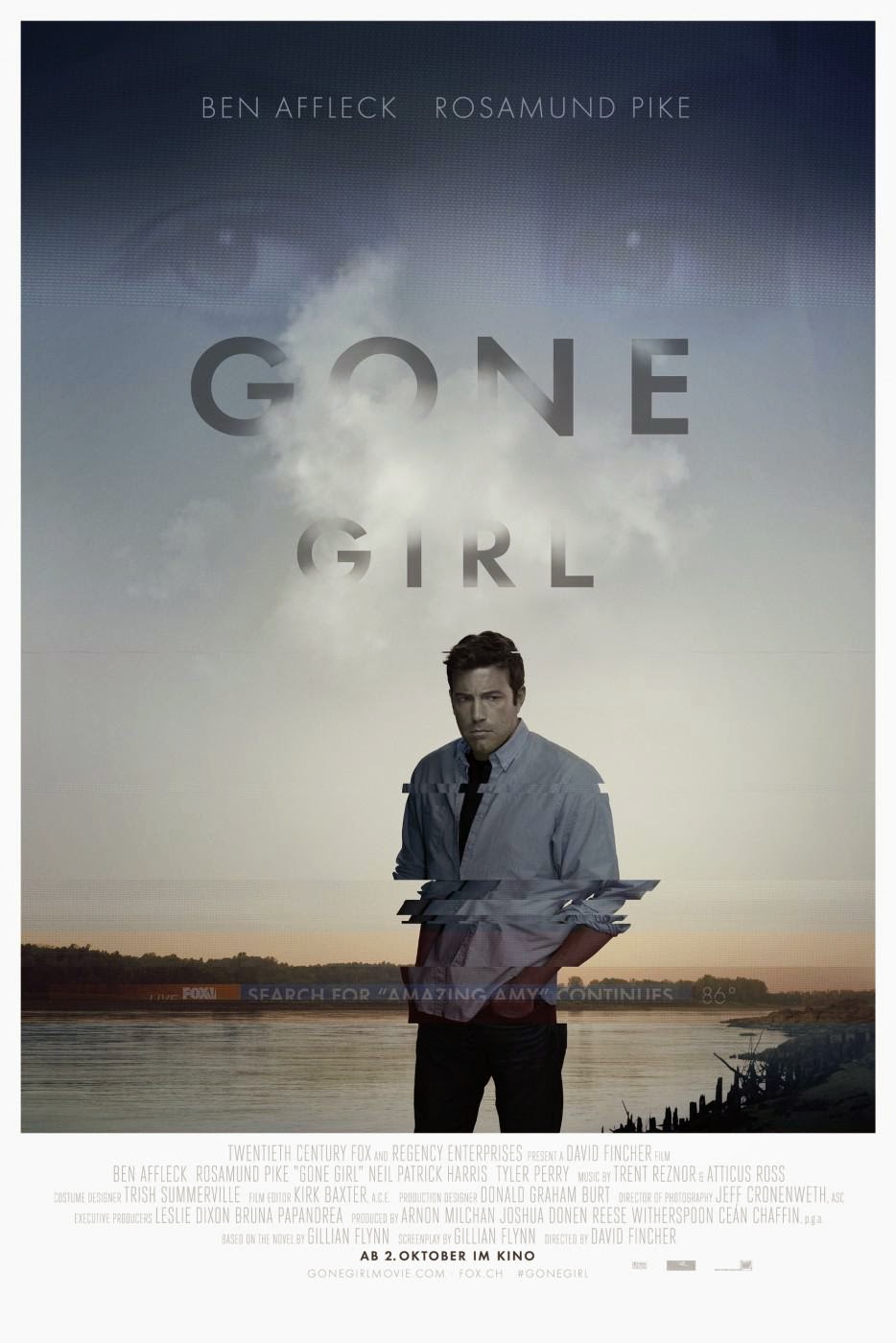 There's a jarring scene late in Gone Girl, a thriller based on the novel of the same name. It's an abrupt change of tone, and the horror of the scene is in stark contrast to the moderately tense and darkly comic material that precedes it. Though it appears late in the film, the screening this reviewer attended had several walk outs. One man chucked his popcorn bucket as he walked out, registering his disgust to the remaining attendees. It's never a good idea to review the audience, but this instance, and in this scene, the film shows its true colors. Gone Girl was never a procedural thriller about the hunt for Nick Dunne's missing wife Amy. Though it is dressed in the style of a dark comedy, complete with witty banter, Gone Girl is in fact about the terror married men and women wreak upon each other. The fact that one of the partners in the film is a sociopath elevates the stakes. Director David Fincher and writer Gillian Flynn, who adapts the screenplay from her own book, have created a master tome of the perils a bad marriage can have on its two members.

Set in summer 2012, Nick Dunne returns home after working at his bar to find signs of struggle. It’s his wedding anniversary with Amy, and in her highly suspicious absence he calls the police. The film then begins to cut back and forth between the search Amy, and flashback entries of Amy’s diary. The film details, via the diary, the couple falling in love. The diary also details the marriage falling apart, which makes Nick’s incoherent, unconvincing alibi all the more questionable. The story of Amy goes national, with sensationalist TV hosts, showboating attorneys and a rabid, mob-like public eating up the disappearance. The media frenzy if fueled in no small part because Amy was the inspiration for the popular Amazing Amy series of children’s books, written by her parents. How could the perfect, quasi-celebrity the Amazing Amy disappear? Did Nick have anything to do with it?

The film itself has several twists, the most major of which appears midway. The film retains nearly all of the key developments of the novel, including its controversial ending, which has been made more menacing here. Fincher is perfect director for this material, and it is perhaps his most transgressive film since Fight Club, taking on the institution of marriage instead of capitalism. The scene mentioned above surpasses the shock value of even of the content The Girl with a Dragon Tattoo. This isn't a date movie, this isn't a procedural. It’s something else altogether. Art, exploitation and commercially viable star power all collide in this adaptation. How well an audience member likes the film will depend on how open she is to aggressive material and how much of a fan she is of the book. It's actually quite surprising how well the film is doing, both critically and commercially, given it's nature.

Ben Affleck is inspired casting, as he is no stranger to being presented in the tabloids as an unlikeable dolt. Rosamund Pike isn’t a household name though her star will likely rise as a result of her convincing and disturbing performance in this film. Tyler Perry has found the vehicle he has been looking for to escape the Medea juggernaut. Neil Patrick Harris, Carrie Coon and Kim Dickens also star. Trent Reznor of Nine Inch Nails fame turns in another ominous score with collaborator Atticus Ross.