December 31, 2015
So everyone likes lists. And New Years. I have combined both for your convenience by drafting a list of my favorite films of 2015 that I saw in 2015. Notice it says favorite, not "best." 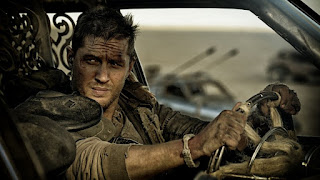 Favorite Films of 2015:
Mad Max Fury Road
Rarely do sequels, particularly 4th entries in a pulpy film series, make top of the year lists. Thanks to the genius of George Miller, this film is a bonafide work of art, which camera work that should make the short list of "greats."

It Follows
A throwback horror-thriller set in Detroit. John Carpenter for the STI era. Carpenter + Detroit = there is no way this film wasn't appearing on my Top 5 list.

Sicario
Desert Noir with a pitch back political overtones.

Steve Jobs
I usually dislike biopics. Steve Jobs seems like he would be difficult to work with. Thanks to a clever script from Aaron Sorkin and expert direction from Danny Boyle, this film soars. I wasn't able to finish this review before 2015 ended.

Star Wars: The Force Awakens
This is far and away the "worst film" on my Top 5 list. However, my Star Wars geekiness prevents me from excluding it.

Least Favorite Film of 2015:
So many choices, unfortunately. Chappie. Terminator Genisys. I have to choose Jurassic World, however, since it exudes nothing but contempt for the audience and its characters. While technically proficient, this is a film that hates Jurassic Park and hates you.

Biggest Trend of 2015:
The "remake-sequel." The remake-sequel is where a film is technically a sequel set 30 odd years after the last entry, the film actually remakes the plot of the original film. New characters or actors are typically the focus, though the original stars tend to appear in a supporting role. The goal of remake sequels is (apparently) to introduce the franchise to a new generation, without alienating existing fans. Star Wars 7, Jurassic World, Vacation, Terminator Genisys, Mad Mad Fury Road and Creed are all remake-sequels that worked to varying levels. I am apparently the key demo for "remake sequels" since these are all franchises I love, though I'm unsure of how to feel about the trend as whole. There is nothing wrong with remakes or sequels. A film market saturated with them exudes a certain stagnancy.